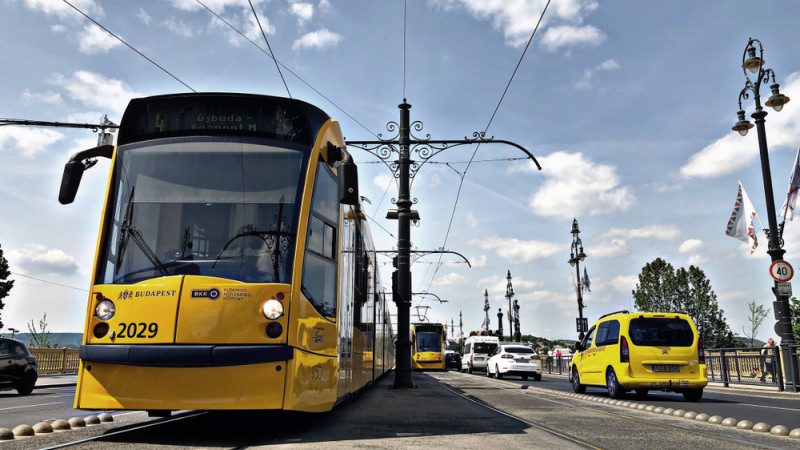 The 4-6 Tram Line Will be Renovated

BKV Zrt. renews the world famous, always busy tram line in the summer, near Széna tér and Margit utca, Práter utca and Goldmann György tér, during the summer, according to the BKK (Budapest Transportation Center).

In the affected areas the tram line had been renovated almost 9, but somewhere 20 years ago in general. As trams travel on this line without stopping, they will replace the worn track with more modern, easier-to-maintain tracks. According to the announcement, all interventions will be much easier and faster after the renovation.

During the works, the Grand Boulevard trams do not travel between the Corvin negyed and the South Buda terminals, expected from mid-June, as well as the Margaret Bridge, Buda bridgehead and Széll Kálmán tér from the first half of July until the end of the school break. Low-floor, air-conditioned replacement buses will run on the affected sections. Carefree progress will be helped by bus lanes and traffic engineering measures.

Tram 2 and Metro M4 will be more frequent during the summer.

On the relevant section of Margit körút, works of such size were last carried out in 2000, and on the South Buda section between 1996 and 2000, and some shorter periods between 2010 and 2013. In the former, work will be carried out on an approximately 800-meter stretch, while the latter 1000 meters will be replaced of the track and the detours, and the dilatation structure on the Petőfi Bridge will be replaced too.